The annual events at Commerce Casino in Los Angeles is said to be the world's greatest poker gathering, at least outside Las Vegas. It is rumored that one has to order a room a year in advance of the event. An exaggeration, I'm sure, but still.

It's filled with players and great events and I won't be there. That sucks.

But I'll just have to keep trying. There is a game coming up all over the world, 24/7, no lack of new chances.

A friend of mine, Tablecleaner will be playing in London today, in the 1b-field. This is one of the most prestigious tournaments there is, with a buy-in of 10 000 pounds, and a sky-is-the-limit first price. The tournament began yesterday and will continue well into the coming week, until ten players reach the final table and will play for the highest payouts, and a prestige that can’t really be measured. I have long since congratulated him for qualifying to this one through satellites, which is extremely hard to do, and want to wish him good luck tonight and subsequent nights. He will need it, in an extremely professional and hard field. There is precedence for fairly unknown players going deep in these tournaments, though. This was, for instance the tournament Annette Obrestad won last year.

Tablecleaner is fairly well known on the Norwegian and European circuit, and his taken name is very accurate. May he set London on fire…
Posted by Amos Keppler at 6:41 AM No comments:

There were a lot of new, unknown players going deep in the WSOP this year, too, also in the Main Event. I talked about it with a friend and fellow player, and we agreed. It was an epiphany not really an epiphany at all, but common sense.

People play there for the first time the moment they turn twenty-one. They usually start playing poker on the web when they are eighteen, and often before that, too, on the parents’ accounts or similar. During those three years or more they gain more experience, play more hands than Doyle Brunson did in a lifetime.

When Justin Bonomo claims he has played far more hands than Brunson, he isn't bragging. When Annette Obrestad won WSOPE Main Event last year she beat a lot of the those coined as the best players in the world.

And so on. The time when established players could just sit down by a given table or join a given field and dominate is long gone.

It's a brave new world.
Posted by Amos Keppler at 3:01 PM No comments:

I discussed traveling to the US West Coast and playing in the two upcoming WPT tournaments there with a friend recently, and after that I’ve played some of the best poker in my life. To say I was motivated would be a gross understatement. I didn’t qualify or won enough money to go there and play, at least not yet (I live in Northern Europe and the trip across the Atlantic is expensive), but I’ve seen a marked improvement of my game. Poker is a patient person’s game, and being motivated makes it easier to be patient during long hours of playing, makes timing easier. Staying power is essential, or one essential factor. It’s about a thousand things, big and small, but most of all about focus and determination (like everything is), and processing information. I used to waste at least half of the online tournaments I started in because I was bored before I even began playing. I don’t do that anymore. As I’ve stated before: It’s important to play every game as if it was your last. That way your chance of success improves dramatically in the long run. I guess this should be self-evident, and it is, and it was, too, but the kind of motivation factor I was speaking about here wasn’t. Last night I was tired, really, but I had committed myself to playing. This is a type of situation where I would have quickly been gone from the game earlier, but utilizing my inborn stubbornness combined with the image of Southern California at the forefront of my mind made me finish in eight place of close to two thousand players. I almost always get paid these days, and I reach the final table more often.

A risk here, of course, is that the thought of sunny California (or seeing yourself at the final table of a major tournament) could distract you from the game, but it doesn’t work like that for me, not anymore. I know poker is hard (but enjoyable) work. I am both in a hurry and not. I have a long-term goal of making it to a major table of a WPT or WSOP tournament within three years or so (2010). I hope it will be before that, but I don’t plan for it. I don’t allow that desire to distract me from living my life. It’s quite simply an added inspiration to live it to the fullest.
Posted by Amos Keppler at 2:12 PM No comments:

Skill of Poker under scrutiny

Poker requires its player to absorb a «staggering» amount of information, a court has heard. Speaking at Snaresbrook Crown Court, Derek Kelly, 46, is accused of running unlicensed games at the Gutshot Club in Clerkenwell, central London.

He denies two counts of contravening the 1968 Gaming Act which states a license is needed to host games of chance, but not games of skill.

Mr. Kelly, from Co Wicklow, Ireland, also compared Poker to a game of life.
Posted by Amos Keppler at 12:52 PM No comments:

First of all: I failed totally in becoming independently wealthy during the holidays. The fish was present at my table, but I had to sit there watching, as everybody else on the table took their money, or most of it. I took some of it, but only crumbs on the table of riches, I'm afraid. Did I play badly? Was random chance not on my side? Yes. And no. I didn't play badly, but I clearly didn't play well enough.

Back to the drawing board.

On the bright side I would say I played better than ever, when I played great, even though it didn't yield the desired results. I'm getting better. I make more good decisions, and that, like timing, is crucial. In short: I'm slowly getting where I want to be.

I am a little envious of those making it to the big league after just a few months of playing, though. It has always been an uphill struggle for me, and I suspect it will always be.
Posted by Amos Keppler at 6:01 PM No comments: 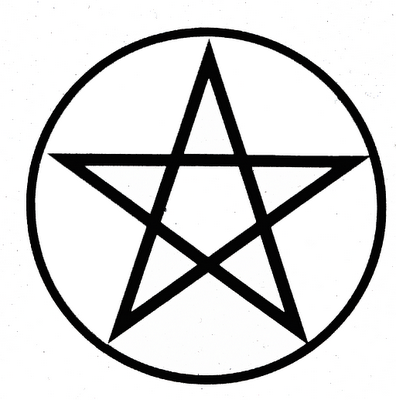 I plan on playing a lot of Poker on christmas eve and during christmas as a whole. I celebrate the Pagan New Year on December twenty-first and don’t celebrate christmas; so to me this will be a double positive. In my opinion most people aren’t, generally speaking, more generous during this fine holiday, but many poker players are. I almost always win during this time of drunkenness, wife-beating and mindless Poker playing.

At the very least I would say my changes of winning are increased with at least twenty percent. And since this is a marginal game in the first place, I would say this should be a feast for many players staying sober. The trick is to avoid most of the other sharks swimming these waters.

I’ll see you at the tables…
Posted by Amos Keppler at 4:12 PM No comments: