1895
Players expected to take their seats on day 1A

13
Registered players whose buy-in got lost somewhere in transit

10
Online qualifiers refused admittance because they were under-age

2
Online qualifiers who died before the big event...
Posted by Amos Keppler at 2:25 PM No comments: 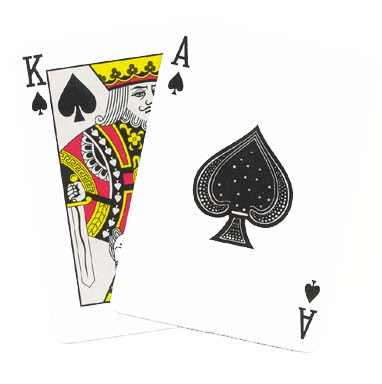 I have been playing poker, in various forms, since I was eight. Except for the minor gambling aspect of it (I like to gamble, to make an educated gamble in life), it’s an odd undertaking of mine, a bit out of tune, perhaps, with my other activities. Or perhaps not. Poker, in its foundation, is very much tied to anarchism, to independence, to freedom. It’s one way out, for people not fitting in. People perceived as gamblers, as «professional gamblers» have always been frowned at (at best) by the mundane, established part of the population, and they used to be chased from towns dipped in tar and rolled in feathers. It’s just by the onset of television and later the Internet it has been hailed as a somewhat acceptable «profession». Poker players have become the modern gladiators, fighting it out around the felt, not spilling blood, but rather sarcasm and veiled insults, while the bloodthirsty audience cheers from the sideline…like they always do, while forgetting for a brief moment their sordid lives.

I have been able to make a living of playing poker since my late teens. There have been times when I could live comfortably because of it… and times when I couldn’t. Economically speaking (too) my life has been a rollercoaster of ups and downs, of «swings» if you want. I used to play mostly Five Cards Draw, a preference I now, in hindsight very much regret. I didn’t start playing serious Texas Hold’em until I began playing on the Internet five years ago. «Nobody» play Five Card Draw anymore. So I, like all the millions out there, play Hold’em. It has become the game of choice for any prospective player. I struggled a bit with the adjustment, but now I’m fine, more than fine with it. There were opportunities for me to learn to play Hold’em earlier in my life, on my numerous travels to the city of London, for instance, but better late than never. Like a friend of mine predicted would happen: I don’t play Draw anymore, and have practically forgotten how to play it, at least how to play it well. The game that sustained me economically for many years has become obsolete. It was just mostly local games anyway, and it was always hard finding players, finding enough fish to fry, so to speak. These days, you can find all the players, the Hold’em players you want by flipping a switch or pushing buttons. There is a game happening, either on the Internet or live, every second of the day and night, on present day planet Earth.

It’s a both exciting… and dangerous time to be a Player.
Posted by Amos Keppler at 11:52 AM No comments: